What are they? These are games played while sitting or standing in a circle. Easy, huh?

They are excellent activities to do as they usually do not require any or only a few materials for preparation. They typically include such tasks as “pass the ball” or “eliminate something”, or “listen to music and do the task”, etc. Lots of well-known games can be adapted to a circle game. Another reason I like them is that they include a physical activity which is quite essential in teaching young learners.

Below I will share some of the examples of circle games.

You can add timing, e.g. they cannot have the ball for more than 5 seconds.

You can add extra movements, e.g. they have to clap twice or jump after they throw the ball, etc.

You can use a “bomb-timer” ticking. The student who has the “bomb” or ball when the timer goes off, leaves the circle.

Use this game to practise the classroom vocabulary or you can hang flashcards with pictures of vocabulary from another topic; or you can put different objects, realia of the target vocabulary in a room. Students sit/stand in a circle, one has a ball and says “I spy something white”, the first student to guess, e.g. “whiteboard”, gets the ball and now they say “I spy … “, and so on.

One leaner stands in the centre of the circle and mime a word from the target vocabulary list. Others have to guess. Then, they switch places with the one who is first to guess. Another option of this game is “Day-Night”. One learner says one word but mimes it or a different one to confuse the others, students who mime the wrong word are out.

One learner stands in the centre of the circle. Others pass the flashcards, toys or objects behind their backs so the one in the centre doesn’t see. If he/she notices who passes, he/she shouts out (here you can choose any word to shout, the funnier the better). If he/she names the object correctly, they change places.

This game is slightly similar to the “Memory game”. Here you need two circles of students and objects inside them. Then students turn back or close their eyes, you change several objects between them. They have to find out what’s been changed. The first team to guess is the winner.

Tell students to do a task, e.g. mime “riding a bicycle”. Then stop the music or say “Red light”, they have to stop. The one who doesn’t stop on time is out. Continue with another word.

There are several ways to play this game. First, is when students take turns to name words on the topic and they cannot stop for 3 seconds. You can modify: say a word on the last letter.

Another option is to practise grammar. Have students make a sentence. For example, one student says, “Are”, another “Are you … ”, the next one “Are you playing … ” and so on. The first to stop is out.

With students of higher levels, you can retell or create stories, each student says one phrase or sentence. You can set a rule to use the target language.

Another idea is to practise both vocabulary and grammar. One student says a word, the next one has to make a question with this word. The next one has to answer this question and say another word on the topic. The one who makes a mistake is out.

This game is great to do with numbers. Students take turns naming numbers forwards from 1 to … what they’ve learnt. When you, let’s say, clap. they say backwards. When you stomp, they say forwards again, etc. You can also add other signs, for example, snap or clap twice, they must count faster, or slower, etc.

You can modify the game: students can count in two, or they cannot say numbers that are a multiple of 3, ec.

This game can also be used to practise ABC. Students have to say a word starting with letters A, B, C, and so on, when you snap, they go backwards, so on. The one who makes a mistake is out.

Students take turns to say a sentence about themselves on a topic, e.g., daily routines. One student says and others have to guess, vote if it’s true or false. Those who don’t guess are out.

One student whispers a word or a sentence to the next student and so on. The last student to receive a word/sentence says or writes it on the board.

Circles can be used at the beginning or end of the lesson to sing and dance hello or goodbye songs together. It can also be used in the middle of the lesson to do some activities using TPR or just do some exercise aimed at changing the type of activity or improving concentration/focus skills; give students time to move around, etc.

One student is on the hot seat, others ask him/her questions. He/she cannot answer with “yes” or “no”, nod or shake their heads. For example, “Did you get up at 7 a.m. today?” The answer can be “I did”.

One student stands in the centre, others sit in a circle on chairs. The student says a true sentence about themselves. For example, the topic is clothes and they say, “I’m wearing a blue T-shirt”. If it’s true for some other students, they have to stand up and change seats. The one who is left without a chair says a sentence.

A child (using a finger) writes a letter or draws a picture of the target word (depends on the topic) on the back or hand of another child. This kid must guess the letter or word with their eyes closed. If they cannot guess, they are out. Then, the next child repeats until there’s one kid left.

Give each child a piece of paper and a pencil. They write their names. Then, they pass their sheet to the next kid, you say, “Head”. Learners look at the name and draw a head of this student. Then. they pass around again. You say, “eyes” and they draw eyes and the game goes on until the paper is returned to the original owner.

This one is great to use to practise body parts too. Learners must keep the balloon in the air but only using the body parts you call out. For example, you pass a balloon to one student and say “head”, they can pass or keep it in the air only with their head and say “finger”, the next student can use only fingers and so on. The one who misses a balloon or makes a balloon fall down is out.

Children have stickers on their foreheads that have names of animals, for example. They can play in pairs or altogether, taking turns to guess what animal they are asking yes-no questions. The first to guess is the winner. This game can be played with different vocabulary.

Put different objects in a bag and have kids reach into the bag and guess the object within. Another option is to have several bags with one object in each and each child has to guess what’s in it without opening it. Adapt for different topics, e.g. toys, classroom objects, animals, etc.

As you can see, circle games can be used to practise the target language, to change the activity and do some exercise, to say hello/goodbye or to practise listening skills.

Enjoy playing them and have fun!

Places in the city (lesson plan)

How to teach grammar to young learners? 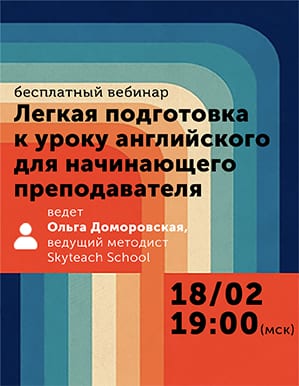