Speaking is often the most stressful part of a language test. Not only does a candidate have to think on their feet, jump from topic to topic, control their accuracy, make sure they use a range of grammar structures and vocabulary, but also interact with the invigilator/examiner and sometimes a partner. On the other hand, however, one just needs to know the types of tasks, the requirements, what is expected from you on the test day to get the highest score possible for their current level of abilities and skills, and in this respect the Speaking Section of TOEFL iBT is no different. So, what to expect?

1. You will be asked to speak about a personal experience, e.g. a person, a place, an object or an event.
2. You will need to:

Teacher of Physics at high school

– Engaged everyone
– Motivated by example
– Was fair and funny

– There are a number of reasons why I admired her. The main one probably was that…. Another reason for my respect to this teacher was… Finally, she was…

1. You will be asked to speak about a personal preference and make a choice between two options.
2. You will need to:

1. You will be given 45 sec to read a small text about some campus-related issue. Then you’ll listen to two people discussing the same text for about a minute. Usually, one of them will have a strong opinion about the ideas in the reading passage.
2. You’ll have 30 sec to prepare and 60 sec to speak.
3. You’ll have to:

4. DO NOT give your own opinion about reading/listening passages.

You will then hear:
Man
Oh great, now we have to come up with more money for next semester.
Woman
Yeah, I know, but I can see why. When I first started here, classes were so much smaller than they are now. With this many students, it’s hard to get the personal attention you need . . .
Man
Yeah, I guess you’re right. You know, in some classes I can’t even get a seat. And I couldn’t take the math course I wanted to because it was already full when I signed up.
Woman
And the other thing is, well, I am kind of worried about not being able to get a job after I graduate.
Man
Why? I mean you’re doing really well in your classes, aren’t you?
Woman
I’m doing ok, but the facilities here are so limited. There are some great new experiments in microbiology that we can’t even do here . . . there isn’t enough equipment in the laboratories, and the equipment they have is out of date. How am I going to compete for jobs with people who have practical research experience? I think the extra tuition will be a good investment.

1. The format is very similar to Question 3, only this time the text and the audio will be about an academic subject.
2. You will be given 45 sec to read a text, then you’ll listen to a professor talking on the same subject. Usually, the audio will either give a specific example of the concept from the text, or provide a contradictory point of view.
3. You’ll have 30 sec to prepare and 60 sec to speak.
4. You’ll have to:

5. DO NOT give your own opinion about reading/listening passages.

Then you will hear the lecture:
Professor
So we’ve been discussing the suitability of animals for domestication . . . particularly animals that live together in herds. Now, if we take horses, for example . . . in the wild, horses live in herds that consist of one male and several females and their young. When a herd moves, the dominant male leads, with the dominant female and her young immediately behind him. The dominant female and her young are then followed immediately by the second most important female and her young, and so on. This is why domesticated horses can be harnessed one after the other in a row. They’re “programmed” to follow the lead of another horse. On top of that, you often find different herds of horses in the wild occupying overlapping areas—they don’t fight off other herds that enter the same territory.But it’s exactly the opposite with an animal like the uh, the antelope . . . which . . . well, antelopes are herd animals too. But unlike horses, a male antelope will fight fiercely to prevent another male from entering its territory during the breeding season, OK—very different from the behavior of horses. Try keeping a couple of male antelopes together in a small space and see what happens. Also, antelopes don’t have a social hierarchy—they don’t instinctively follow any leader. That makes it harder for humans to control their behavior.

1.You will be asked to listen to a conversation (60-90 sec long) about a campus-related situation.
2. You will have to

Then you will hear the conversation:

Man
Hey Lisa, how’s it going?
Woman
Hi Mark. Uh, I’m OK, I guess, but my schoolwork is really stressing me out.
Man
Yeah? What’s wrong?
Woman
Well, I’ve got a paper to write and two exams to study for. And a bunch of math problems to finish. It’s just so much that I can’t concentrate on any of it. I start concentrating on studying for one of my exams, and then I’m like, how long’s it gonna take to finish that problem set?
Man
Wow. Sounds like you’ve got a lot more work than you can handle right now. Look, have you talked to some of your professors . . . I mean, you know, try to explain the problem. Look, you could probably get an extension on your paper, or on the math assignment . . .
Woman
You think? It would give me a little more time to prepare for my exams right now.
Man
Well, I mean another thing that you might do . . . I mean have you tried making yourself a schedule? I mean that’s what I do when I’m feeling overwhelmed.
Woman
What does that do for you?
Man
Well, I mean it helps you to focus your energies. You know, you make yourself a chart that shows the next few days and the time till your stuff is due and . . .
Woman
Uh-huh . . .
Man
I mean think about what you need to do and when you have to do it by. You know then start filling in your schedule—like, all right 9:00 to 11:30 A.M., study for exam. 12:00 to 3:00, work on problem set. But I mean don’t make the time periods too long. Like, don’t put in eight hours of studying—you know, you’ll get tired, or start worrying about your other work again. But if you keep to your schedule, you know you’ll just have to worry about one thing at a time.
Woman
Yeah, that might work.

1. You will listen to a brief excerpt from an academic lecture first.
2. You’ll have to

The professor will then begin the lecture.
Because the United States is such a large country, it took time for a common national culture to emerge. One hundred years ago there was very little communication among the different regions of the United States. One result of this lack of communication was that people around the United States had very little in common with one another. People in different parts of the country spoke differently, dressed differently, and behaved differently. But connections among Americans began to increase thanks to two technological innovations: the automobile and the radio.
Automobiles began to be mass produced in the 1920’s, which meant they became less expensive and more widely available. Americans in small towns and rural communities now had the ability to travel with ease to nearby cities. They could even take vacations to other parts of the country. The increased mobility provided by automobiles changed people’s attitudes and created links that had not existed before. For example, people in small towns began to adopt behaviors, clothes, and speech that were popular in big cities or in other parts of the country.
As more Americans were purchasing cars, radio ownership was also increasing dramatically. Americans in different regions of the country began to listen to the same popular radio programs and musical artists. People repeated things they heard on the radio—some phrases and speech patterns heard in songs and radio programs began to be used by people all over the United States. People also listened to news reports on the radio. They heard the same news throughout the country, whereas in newspapers much news tended to be local. Radio brought Americans together by offering them shared experiences and information about events around the country.

Finally, here are some key phrases that a TOEFL candidate might find useful for the Speaking section. 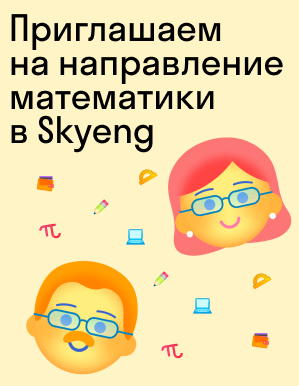