YLE, TPR, L1, TTT, PPP ? Are you a beginning teacher and strange abbreviations in ELT books drive you crazy? Or maybe you are not sure what ‘recast’ and ‘scaffolding’ mean. We prepared a list of essential English language teaching (ELT) terminology.

To repeat a phrase, sentence, rhyme, verse, poem or song, usually with others, in a regular rhythm. Teachers use chants to practise pronunciation and to help learners remember vocabulary.

The things teachers do to organise the classroom, the learning and the learners, such as organising seating arrangements, organising different types of activities, and managing interaction patterns.

A concept question is a question asked by the teacher to make sure that a learner has understood the meaning of new language. For example, you are teaching the new grammatical structure ‘used to’ and using the example ‘He used to smoke when he was 16’. CCQs are:  – Does he smoke now? (No) – Did he have a habit to smoke? (Yes).

An approach in which learners are taught a non-language subject such as science or geography through a target language. Subject content and language are interrelated. For example, in Spain, teaching young learners science in English and using science material in English so that learners can think about and then communicate their ideas about science in English.

The process in which incorrect language becomes a habit and cannot easily be corrected. For example, a B2 learner might habitually not add an ‘s’ when saying third person singular present simple verbs. Learners at this level do not usually make this mistake, but, for this learner, the error was not corrected early and it has become habitual.

An approach to teaching in which a teacher provides examples of the target language and then guides the learners to work out the language rules for themselves. For example, learners read an article which has examples of reported speech. Learners find the examples and answer questions about the grammar rules and the meaning of the examples.

The different ways learners and the teacher work together in class, e.g. learner to learner in pairs or groups, or teacher to learner in open class, in plenary. When teachers plan lessons, they think about interaction patterns and write them on their plan.

A communicative listening or reading activity. A text is divided into two or more different parts. Learners listen to or read their part only, then share their information with other learners so that in the end everyone knows all the information.

When a learner can set his/her own aims and organise his/her own study, they are autonomous and independent. Many activities in coursebooks help learners to be more independent by encouraging them to find out more about things in the book and helping them to organise their learning, such as by suggesting they keep vocabulary lists.

A mingle is an activity which involves learners walking round the classroom talking to other learners to complete a task. For example, learners could mingle to find out what the other learners in the class like doing in their free time.

An approach to teaching new language in which the teacher presents the language using a situation, gets learners to practise it in exercises or other controlled practice activities, and then asks learners to use or produce the same language in a communicative and less controlled way.

The relationship between the teacher and learners. Teachers try to build or create good rapport and to have a good relationship with their learners because it makes the classroom a better place for learning.

To reword a sentence or phrase to improve it, e.g. when a teacher corrects what a learner has said by repeating the sentence correctly, but without drawing the learner’s attention to the mistake. This is usually the way parents ‘correct’ their young children’s language mistakes.

Learner: I am not agree.

Teacher: Oh, you don’t agree. Why not?

Scaffolding is the temporary support that teachers (and parents) give to learners to help them to do a task, solve a problem, communicate or understand. Scaffolding can be through the use of teacher language to help learners understand language and use of language, e.g. using language at the learners’ level; asking questions; using gestures and actions when speaking; using L1 when necessary. Scaffolding can also be through the use of teaching strategies, e.g. providing language models or prompts; using substitution tables and language frames.

An activity used to quieten and calm children perhaps done after a more lively activity. For example, a piece of copying or quiet drawing or colouring in. The opposite activity to activate students is a stirrer.

This is about the time learners spend speaking in a lesson.

The language which is the focus of the lesson or a part of the lesson. It could be grammar, lexis, functions or pronunciation, e.g. the present perfect, or vocabulary for parts of the body, or giving advice.

An approach to teaching in which the teacher asks learners to do a task which has an achievable result. The task the teacher gives is the type of task people might do in real life and which involves communicating with other learners.

This is about the time the teacher spends talking in a lesson.

What ELT terminology confuses you the most? What would you like to read more information about?

How can teachers help with listening tasks? 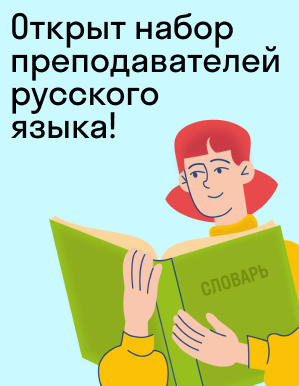